In mobile era, signal data (mobile signaling data) can be created when using mobile phone to talk, send message or access Internet. It is the excellent data sources for its wide coverage, highly continuity and huge user base characters to urban management.

Mobile signaling analysis technology can be used to monitor and count the mobile phone users in city. It will benefit the analysis of population dynamic distribution. For the population data of smart city, on the one hand, it takes the traditional method to build materialized database by using the family planning population data; on the other hand, in order to solve the problem of population location timeliness, it introduces the telecom signaling data to estimate the law of the population movement from mobile phone users, so as to realize the data mining and analysis work such as crowds distribution, life travel law, concentration analysis, etc. This effectively improves the objectivity and scientificity of government decision-making. 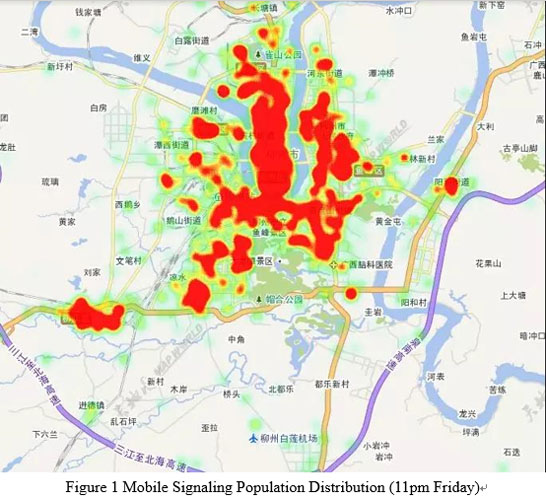 Figure 2 shows the spatial variation of mobile signaling data of Liuzhou at different time in a day. It can be seen that the population center of Liuzhou gradually spreads from city center to surrounding areas and office locations. To compare the data variations at different time and urban construction layout, it is possible to provide data analyze to urban road planning and constructions and bus route planning. 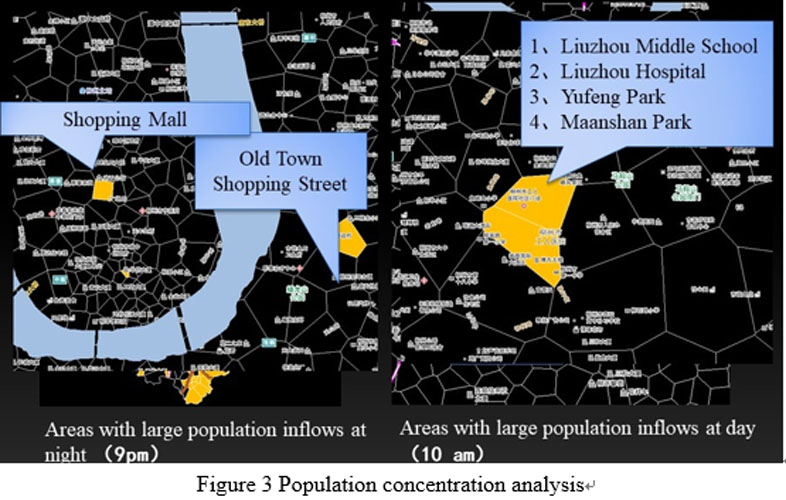 According to the real-time location information of mobile phone, enter the data which is updated every 15 minutes into the database, analyze the data of one year and combine the detailed personal information of the owner and the urban traffic layout to analyze the distribution law of population inflow. Figure 4 shows the migrant population trend in Liuzhou is basically distributed alongside the high-speed and railway lines and the most concentrated location is the railway station in urban area. 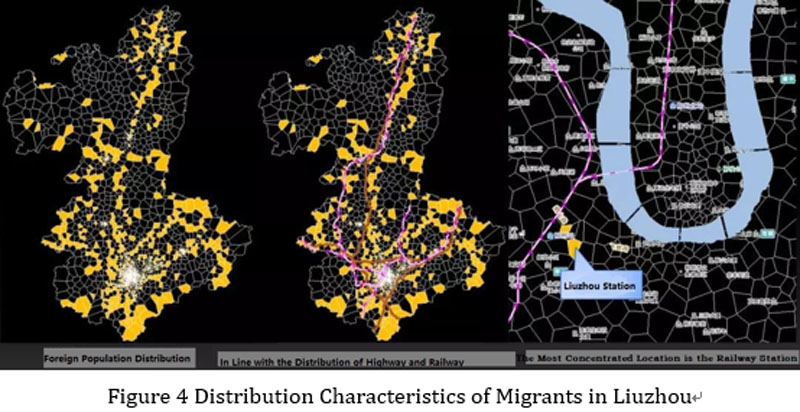 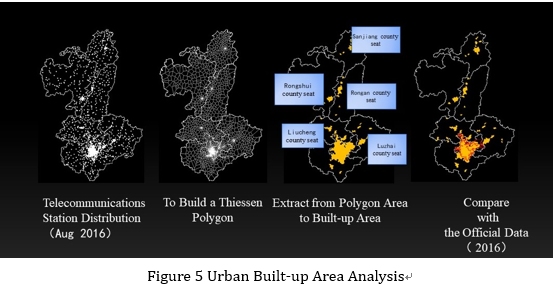 Urban comprehensive emergency is the top priority of urban management. Large-scale activities are always with high population density. When the disasters such as natural disasters or urban public security accidents, the emergency command center needs to understand the situation of the site personnel and to allocate rescue resources quickly according to the disaster situation. The real-time distribution of mobile signaling data can reflect the real-time distribution of urban population distribution, which can judge the potential victims form the population distribution differences before and after the accidents to offer the decision-making basis for emergency command.

In addition, signaling big data can better improve the scientificity and veracity of urban transportation supervision, population monitoring, smart tourism and other areas of management, service and decision-making, and inject new elements into urban development. 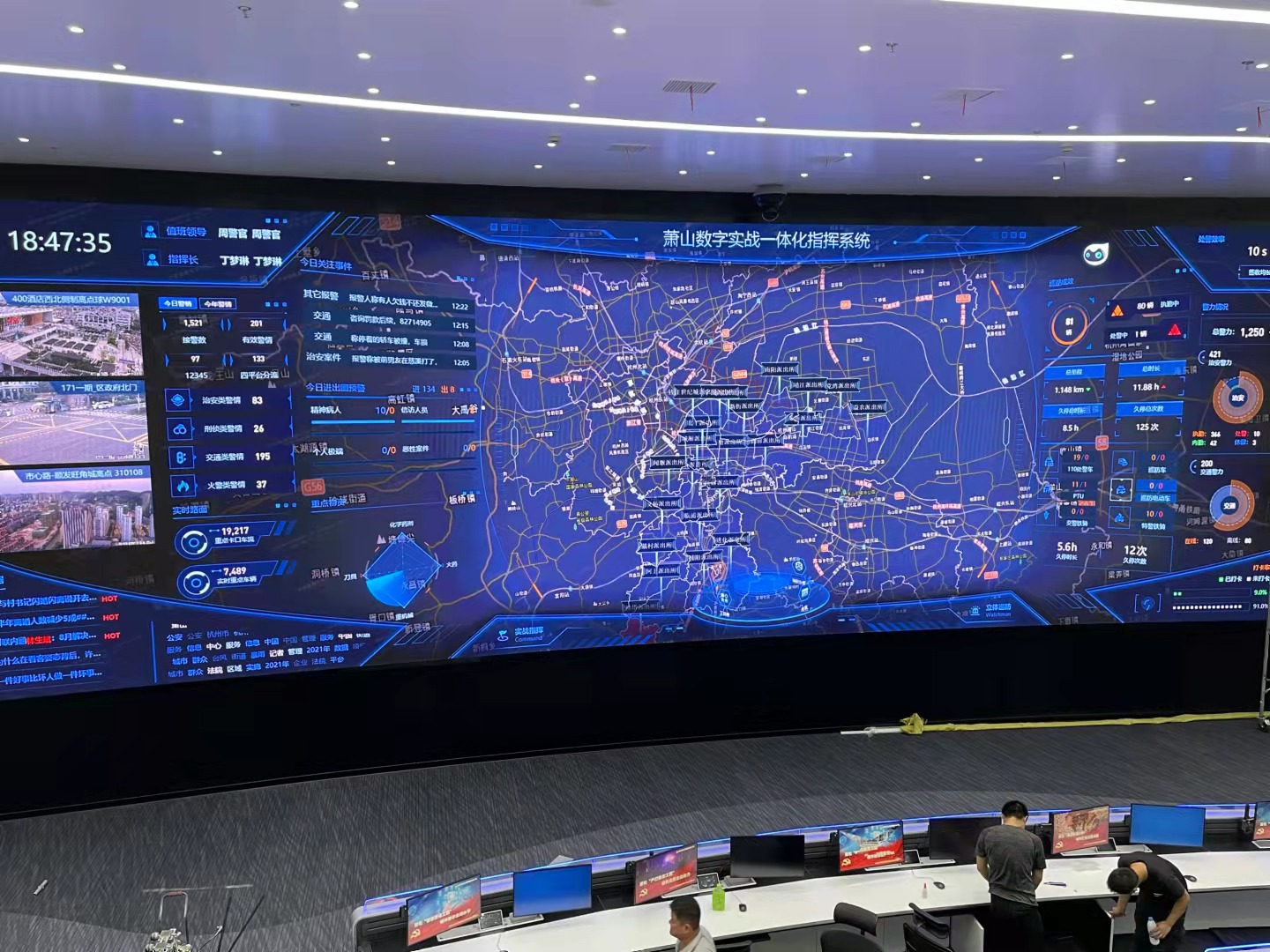