The system integrates various systems of networks (public network and public security network), 350M wireless digital trunking, video surveillance, face recognition and Beidou positioning to help achieve an efficient, convenient and accurate command and dispatch. The system allows commander to grasp the relevant topography, road and building features, building safety passages and pipeline layout on the 3D digital model, as well as design and deploy plans. More over, it helps the  intelligence research personnel and decision makers to know the distribution of police in different regions and different situations on high-precision 2D&3D maps, and offers assistance with pre-warning, rapid commanding, and scientific decision-making.

The police inquiry is based on the police data, which can comprehensively query the police according to the number, name, type, time and location of the incidents and carry out the precise positioning on 2D and 3D geographic information platform.

The system integrates the resource of security checkpoint and electronic police on the 2D and 3D geographic information platform, and realizes the vehicle inspection, alarm management and pre-warning analysis.

On 3D map, the structure of the target sites, the distribution of facilities and equipment can be viewed, the deployment of sandbox personnel, equipment, and information can be achieved, and the scene measurement and route planning can be conducted.

It provides the function of video accessing, police positioning, digital cluster, collecting various monitoring data of the target location in real time, and displaying the data in a 3D map to achieve the comprehensive visual monitoring. 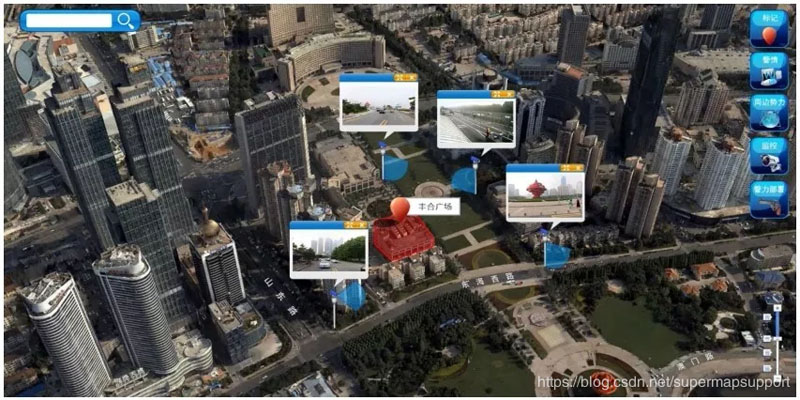 Based on the comprehensive visual monitoring and big data analysis, the system realizes the automatic assistance of emergency response command, and displays the disposal information and disposal status on the 3D map. 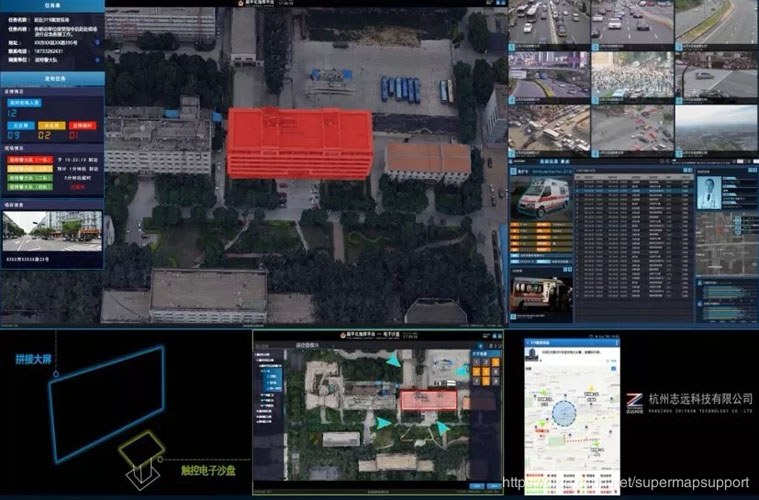 The system can be widely used in public security, firefighting, armed police and other fields to carry out 3D visual monitoring throughout the day, and can provide decision-making assistance to efficient command and disposal of various types of emergencies occurring at the target site based on the intelligent plan. 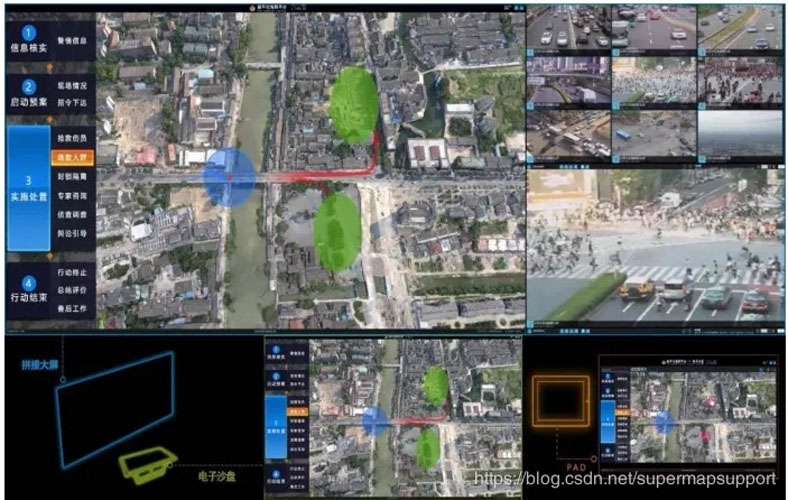 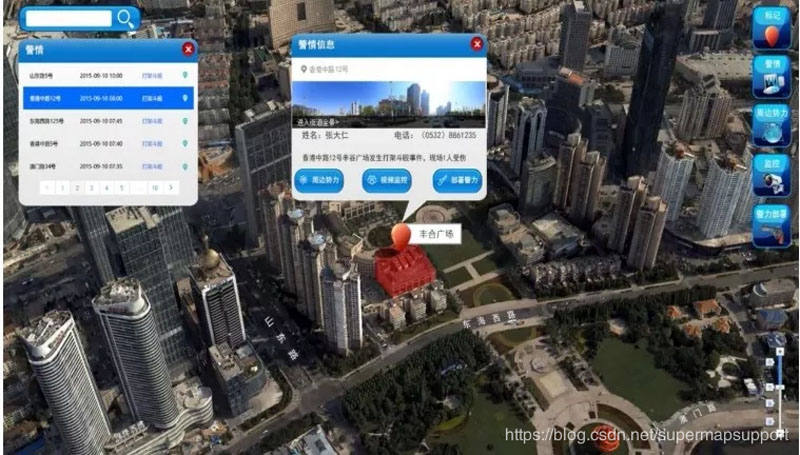 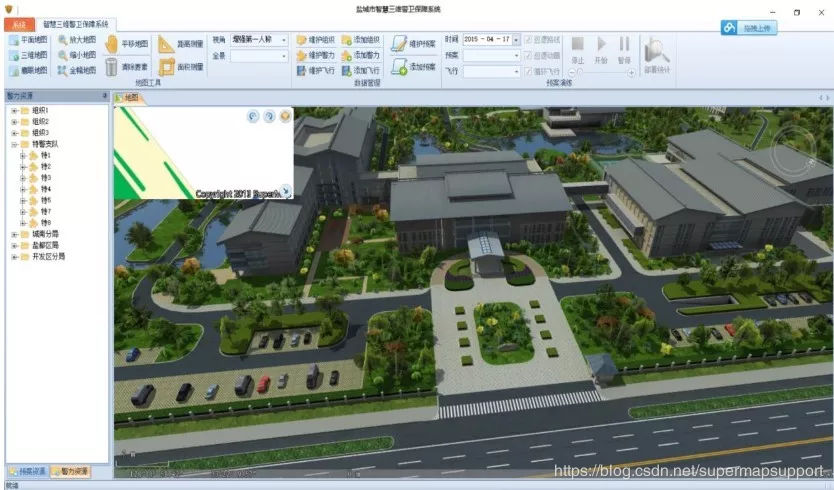