Python is a interpretive and multi-function programming language that is easy to learn and is widely used in cloud computing, big data, artificial intelligence and other fields for its simple syntax, dynamic inputting, especially for developing fast application. The GIS software functions can fit well with Python. SuperMap iDesktop Java desktop 9D (2019) version integrated with Python in the following issues.

The Java desktop has internally installed Python runtime environment of PyDev, which integrates with the Python 3.5 runtime library. And without installing additional Python packages, you can also write and execute Python scripts from the Java desktop.

The Java desktop is based on the open source text editor RSyntaxTextArea and it independently develops the Python integrated developmental environment. The Java Desktop Python IDE supports the Python encoding style, interface methods, intelligent prompts of parameter and auto-completion function, interface descriptions of embedded APIs, and can automatically prompt for rapid development of Python scripts.

The Python IDE and the Java desktop make data access possible and make it easy to verify results. In IDE, the Java desktop can be directly used to open the data. The execution result of the IDE is saved in data source of the Java desktop, and can be visually displayed on the map and the scene. 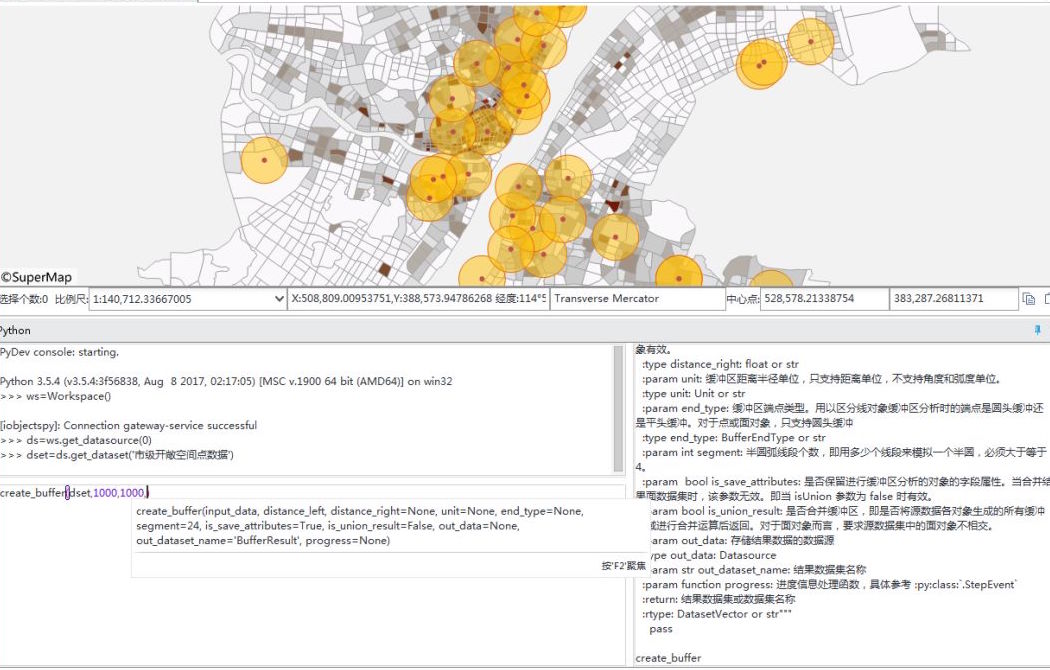 In addition, the tools in the toolbox support to view the Python interface and provide detailed Python interface syntax, feature introductions, and descriptions of various parameters to facilitate Python language development. 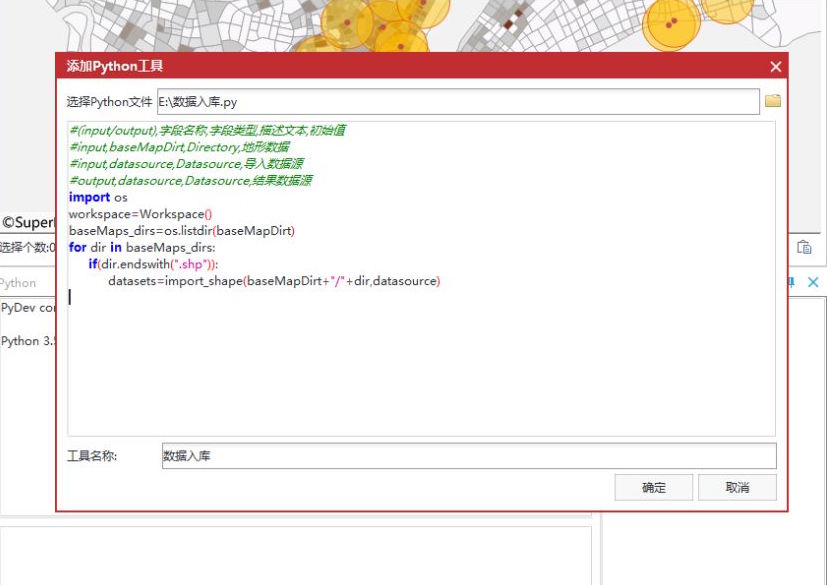 The Python tools provided by the Java desktop can not only run directly, but also support visual modeling of Python tools. You can add Python tools directly to the model canvas and connect them with other tools to build automated workflows, such as data production processing. 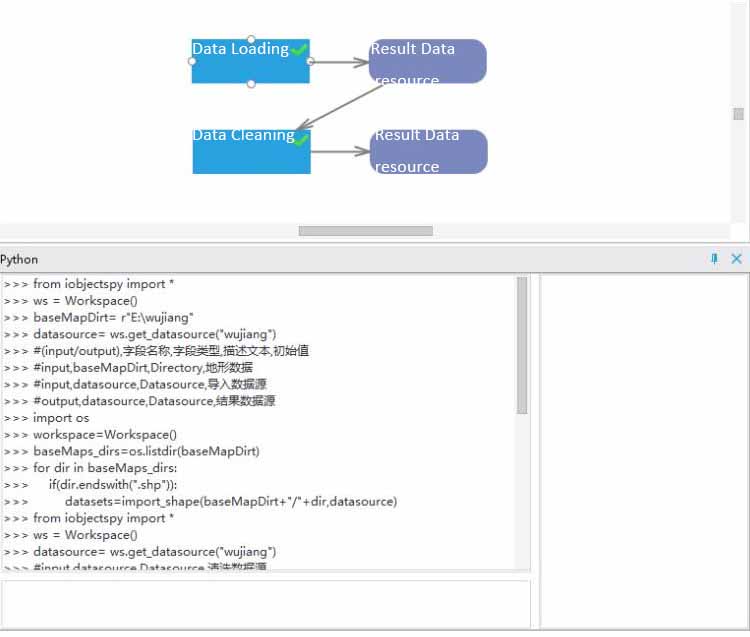