Phra That Phanom locates in That Phanom District in Nakorn Phanom Province, Thailand, which is about 600 meters west of the Mekong River. People in this region believed that Phra That Phanom was built as a stupa to preserve the Buddha's breastbone relics. It became the most ancient Buddha's Relics Stupa in Thailand. This heritage site has been included in the nomination process for the World Heritage List. 3D GIS+BIM Technology was applied to this project, including geospatial databases such as aerial photography, urban characteristics attribute. It is necessary to analyze various spatial and dynamic geographic for decision-making. 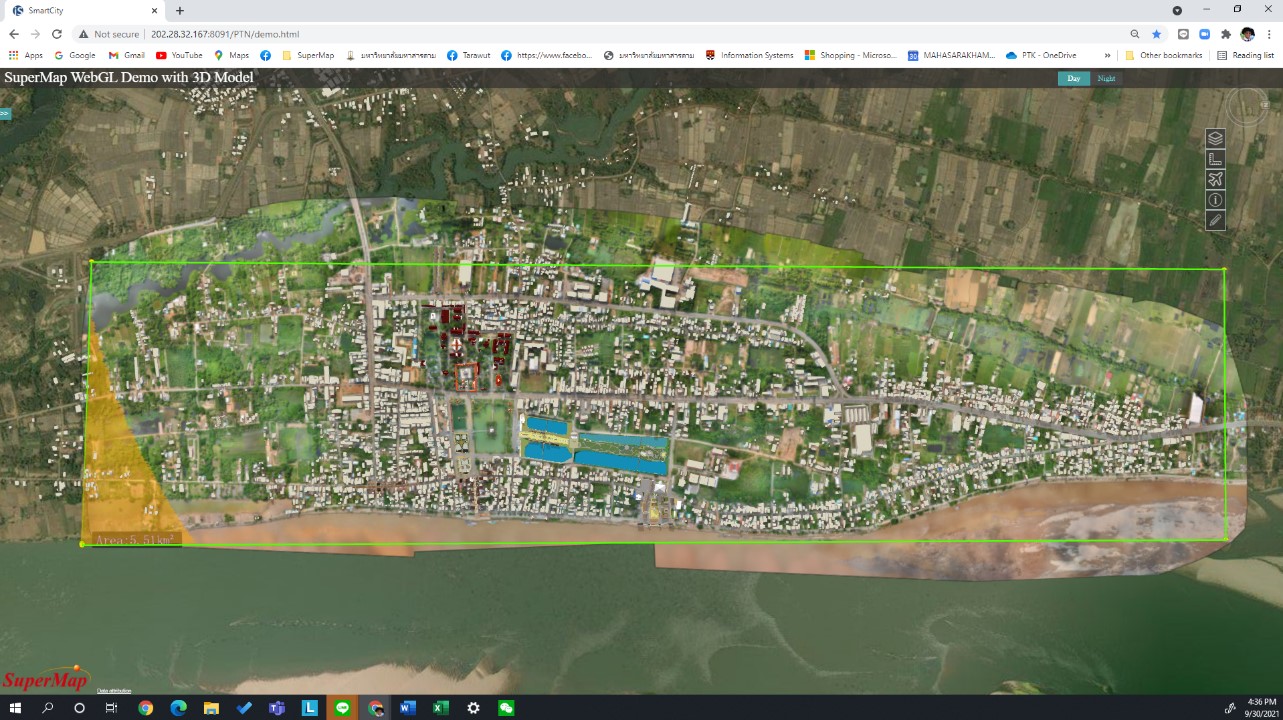 Base Map and all physical attributes

The development of Phra That Phanom on WebGL had generated aerial photos of the site by using fixed wing UAV taken aerial photos from the sky covered the area about 5.50 Km2 (550 Hectare). This is rather a large area. It took two days to operate a UAV for achieved these aerial photos. The base map of this area has been pieced together with mosaics of all aerial photographs and ground control points on the property to make the base map as accurate as possible. Data were collected through ground surveys and observations, as well as attribute data from about 5,000 buildings in the area. These can be shown on all information of the physical environment such as building on the project, land and building owner, type of buildings, and photos of all buildings, etc. Other attributes such as the road, street, river, and point of interest were also mapped to the site. Consequently, the physical information has been mapped on SuperMap Software and was published on our SuperMap iServer.

Moreover, the participation of the stakeholders for future development has also been included in the project. The future development in the core zone and buffer zones have been presented as project development plans on the WebGL in the BIM platform. Therefore, these will enable people to understand the proposal on urban planning and future development. This publication on our WebGL is useful for many proposes, such as urban planning, design guild line for further implementation. The master plan has been published via digital solution and can help people get involved in many directions. The project can be a pioneer for smart city solutions in the heritage area to develop in many cases. 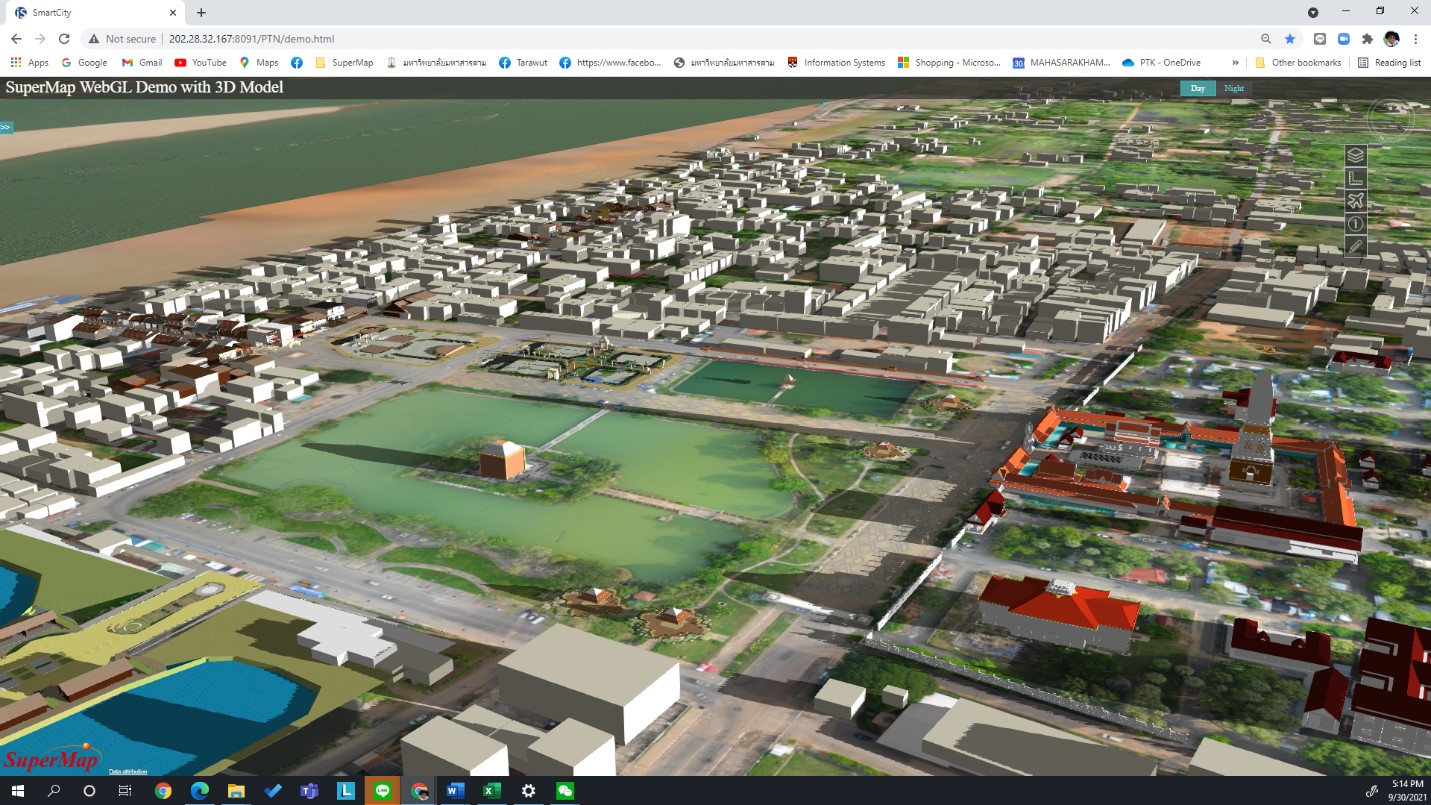 The proposal for future development

The overall project has been published as a smart city on the cultural heritage aspect. The 3D GIS and BIM Technology will be the new direction for urban planning to implement future development on the Ancient Buddha's Relics Stupa’s Core and buffer Zones. This could be an example of a practical master plan in the digital dimension and help stakeholders access their urban scenario, helping people further understand the future development. These projects on 3D GIS+BIM Technology by SuperMap could be an example of the practical case of the smart city in Thailand. The public and private sectors should seriously consider this new technology for future development. 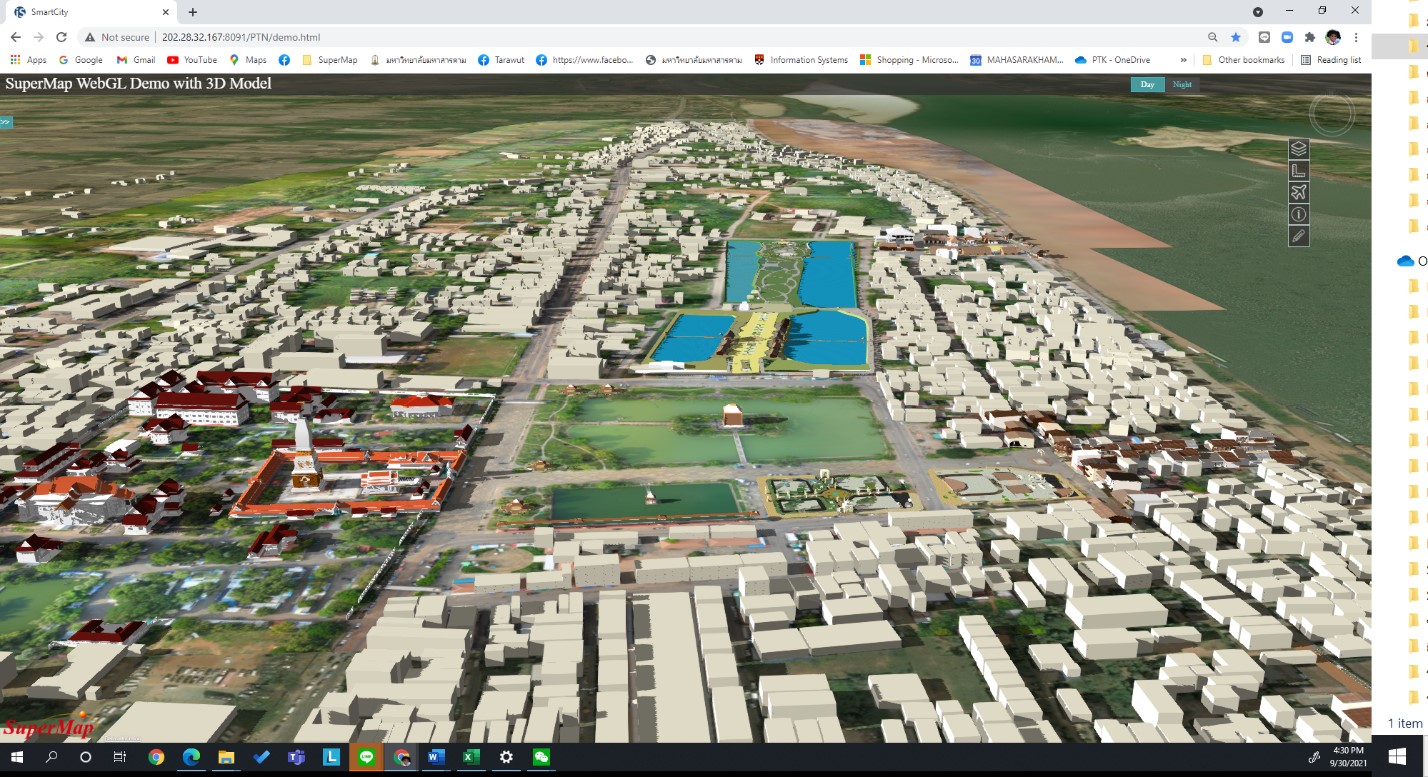 Overall Phra That Phanom Project has published on WebGL 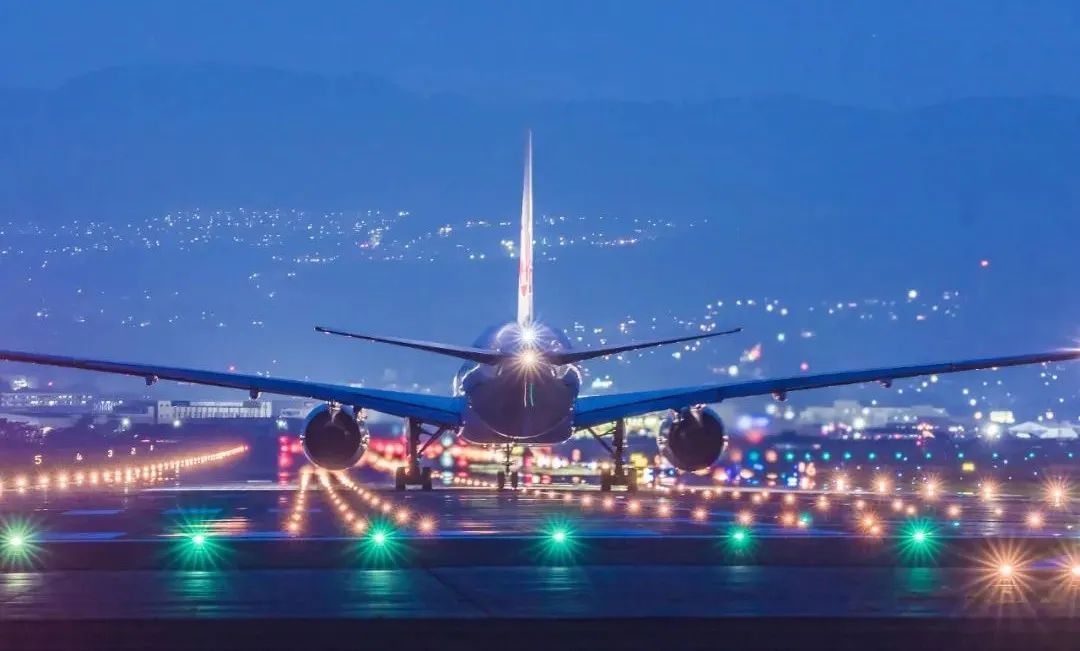 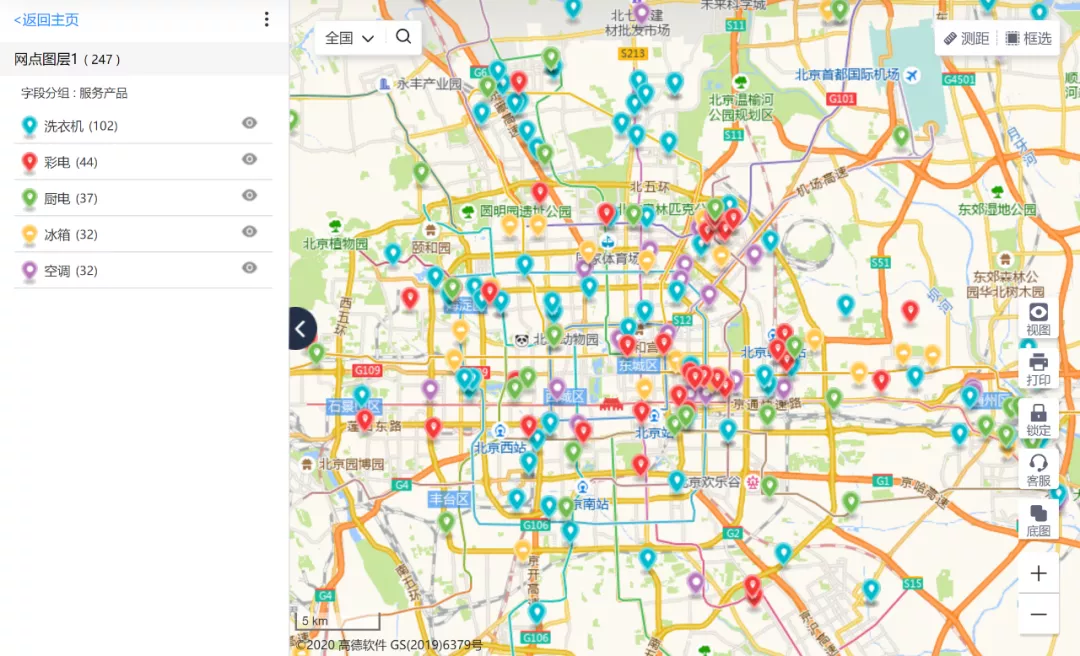